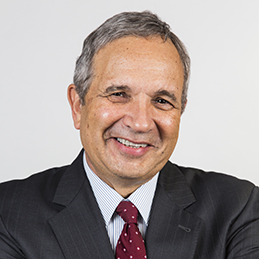 Joseph W. Augustyn is an Executive Vice President and the President of Crosshatch International at Jefferson Waterman International. He brings to JWI clients thirty years of high-level experience in homeland security, counterterrorism, and intelligence issues, as well as extensive knowledge of the agencies and departments responsible for them.

A senior advisor to the Center for Strategic and International Studies (CSIS), Mr. Augustyn was a member of the CSIS panel of experts that produced “Homeland Security 3.0.” He previously was a Principal of Booz Allen Hamilton, focusing on the CIA, Office of the Director of National Intelligence, law enforcement, and Department of Homeland Security matters. Prior to that, Mr. Augustyn served as the senior advisor and counsel to John Brennan, then Director of the National Counterterrorism Center, of which Mr. Augustyn was one of the original architects.

Mr. Augustyn is a frequent national lecturer and guest speaker on homeland security and intelligence topics, and has written articles published by the Christian Science Monitor and the Huffington Post. The numerous honors and merit awards he has received include the Distinguished Career Intelligence Medal and the Intelligence Commendation Medal. Mr. Augustyn pursued doctoral studies at Indiana University, and holds degrees from the University of Massachusetts and Brown University.