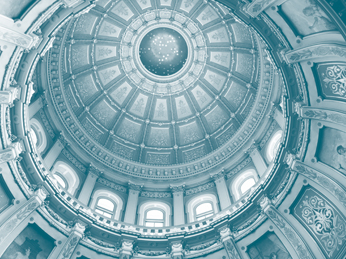 JWI provides multi-dimensional support for governments seeking to build a more secure, economically advantaged future for their nation. Our operations are grounded in the global experience and firsthand expertise of our people, shaped to meet a country’s immediate and long-term challenges, and efficiently implemented.

International relations. JWI maintains extensive relationships with key officials across Legislative and Executive branches of the U.S. government, including agencies involved in foreign policy, security, trade policy and international budget allocations. Outside of the U.S., we work with the EU and other international bodies. As a result of these global relationships, JWI can arrange access to officials involved in developing and authorizing policies affecting the nation’s future, and bring matters convincingly to decision-makers’ attention. In addition, JWI assists clients’ Washington, D.C., embassy staff by providing logistical, political and media support for visits to the U.S. by the nation’s head of state and senior officials.

Media. JWI utilizes relationships with major traditional and new media channels in the U.S. and internationally to enhance a country’s image and establish a positive view of its positions. Acting on a government’s behalf, JWI arranges full coverage of official visits, and facilitates appearances at U.S. think tanks, international organizations, academic institutions and other groups that affect opinion and policy. On an ongoing basis, JWI arranges exclusive interviews with journalists, both those with broad audiences and those whose special focus aligns with the nation’s specific business or policy goals. JWI also harnesses social media and other digital advocacy tools to reach international and domestic publics, transforming information into support.

Africa Advisory Board. Composed of outstanding U.S. military, diplomatic, and international finance leaders, JWI’s Africa Advisory Board brings to JWI’s African government clients specialized understanding of the national, transnational and region-wide issues they face. Board members are known and respected by decision-makers worldwide for their expertise in the region, acquired during high-level service with the U.S. Department of State, the International Monetary Fund, the European Command, the U.S. Navy, the U.S. Marine Corps, and the Africa Center for Strategic Studies.